What’s the biggest priority after building a beautiful new residence hall?  Keeping it full. In 2013, Corning Community College built Perry Hall, the first dormitory in the school’s history. Two years later the school engaged Antithesis to help boost occupancy. Our assignment was to make sure potential students knew that they could live on campus at a community college (a surprise to some) and convince them to sign up for a suite. The campaign, which also targeted parents, included everything from direct mail to in-app ads to Pandora radio, and helped the school exceed its goal by increasing occupancy by 67% for the fall 2015 semester. 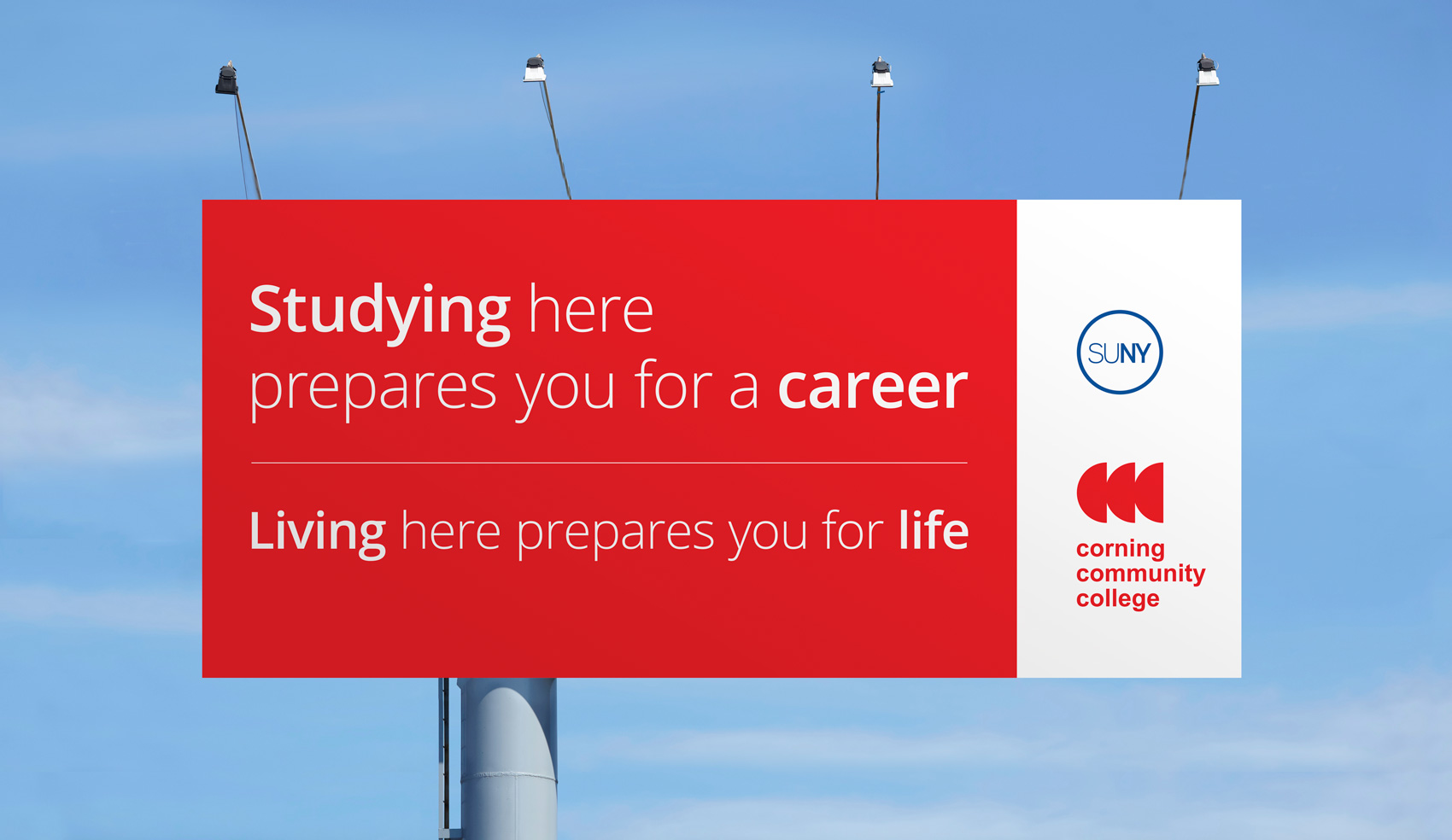 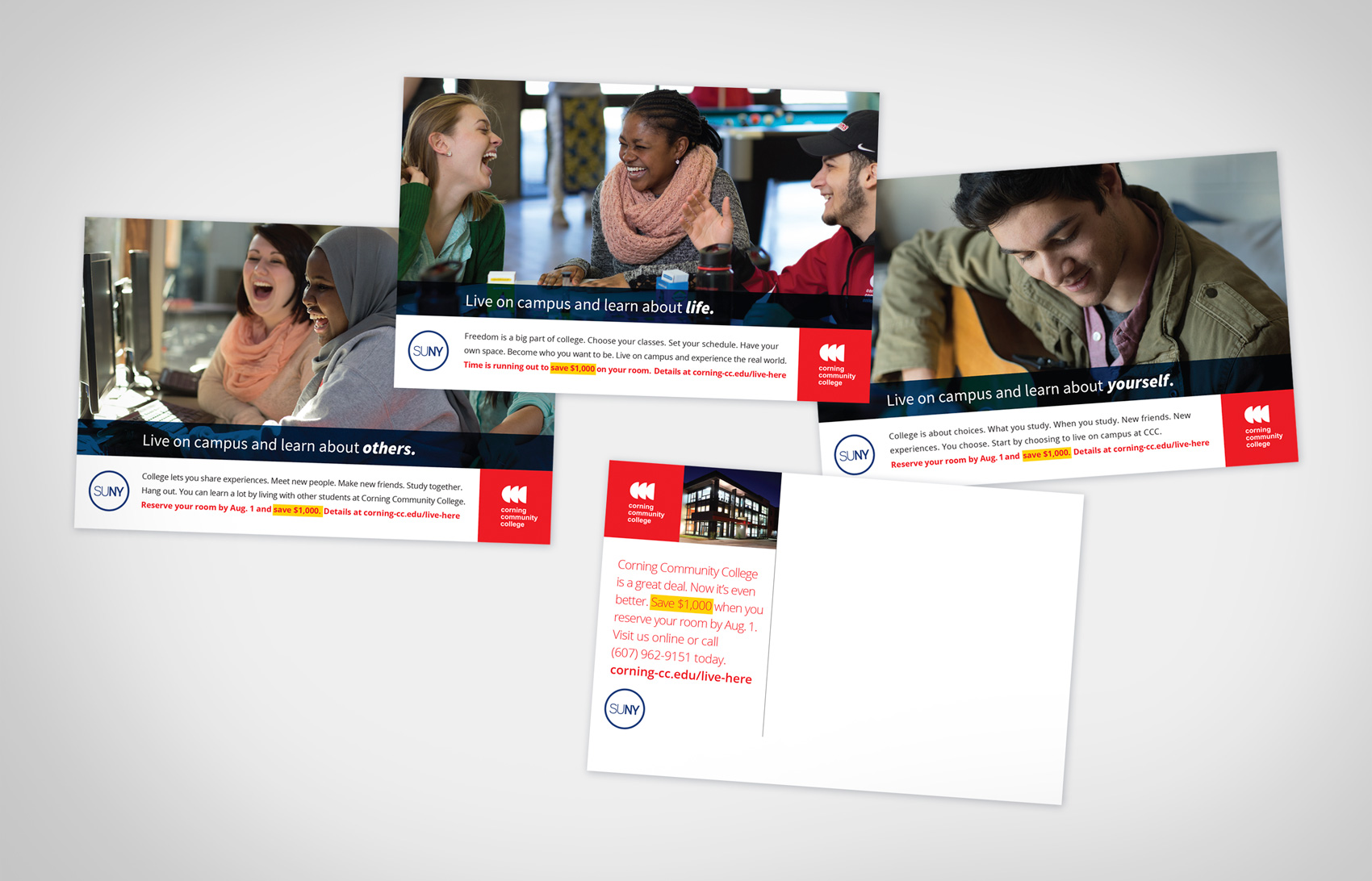 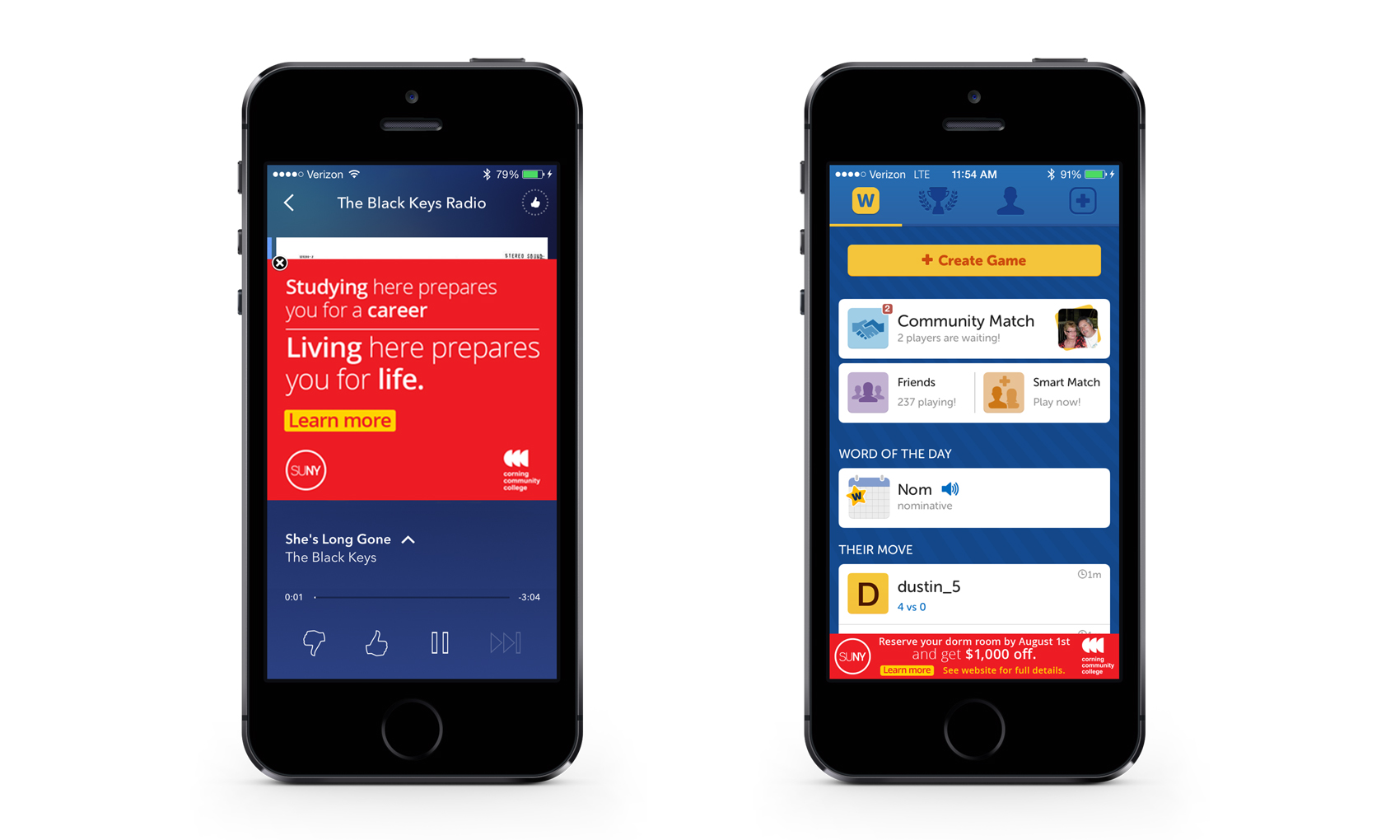 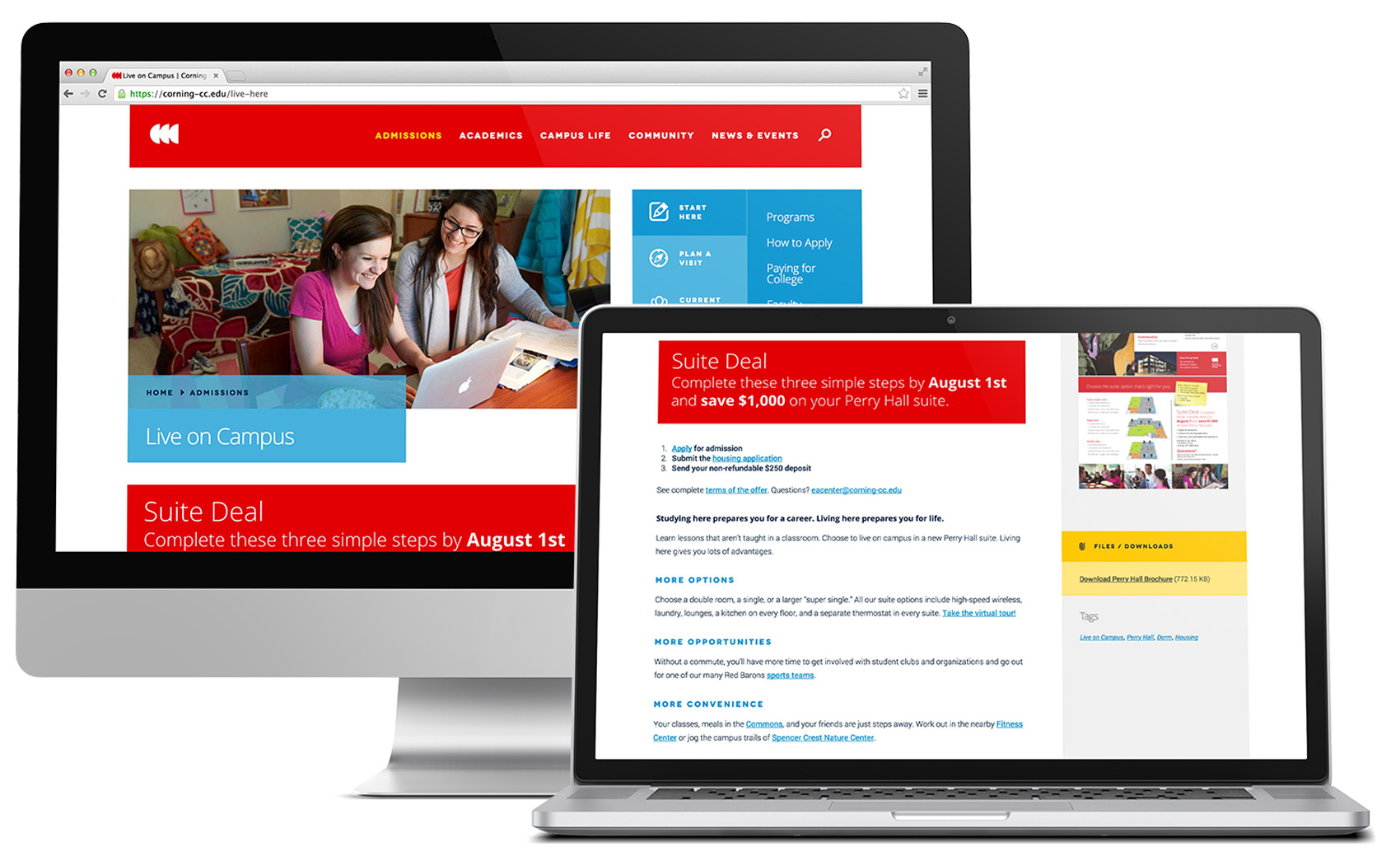 letters to parents and guidance counselors 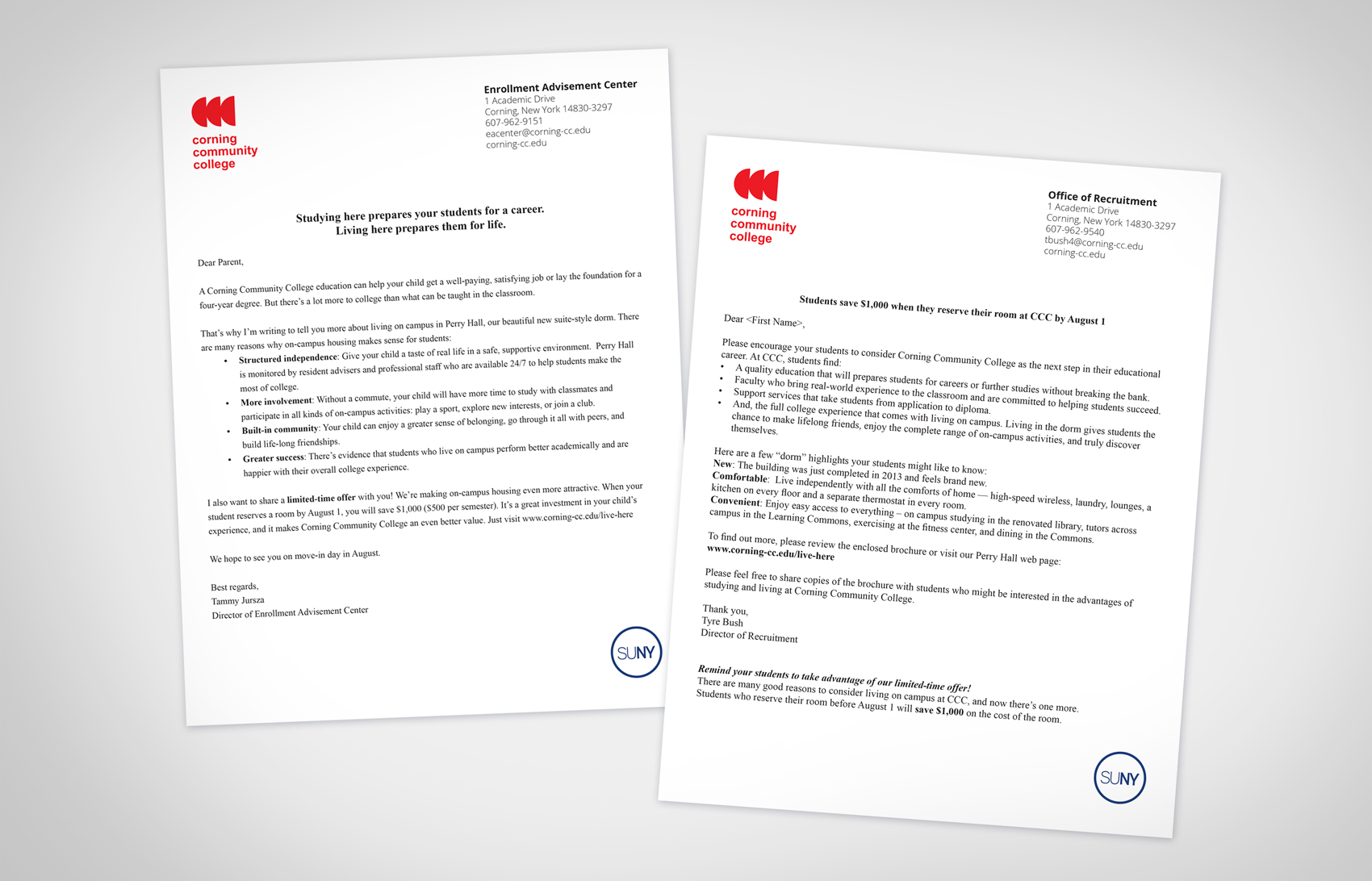 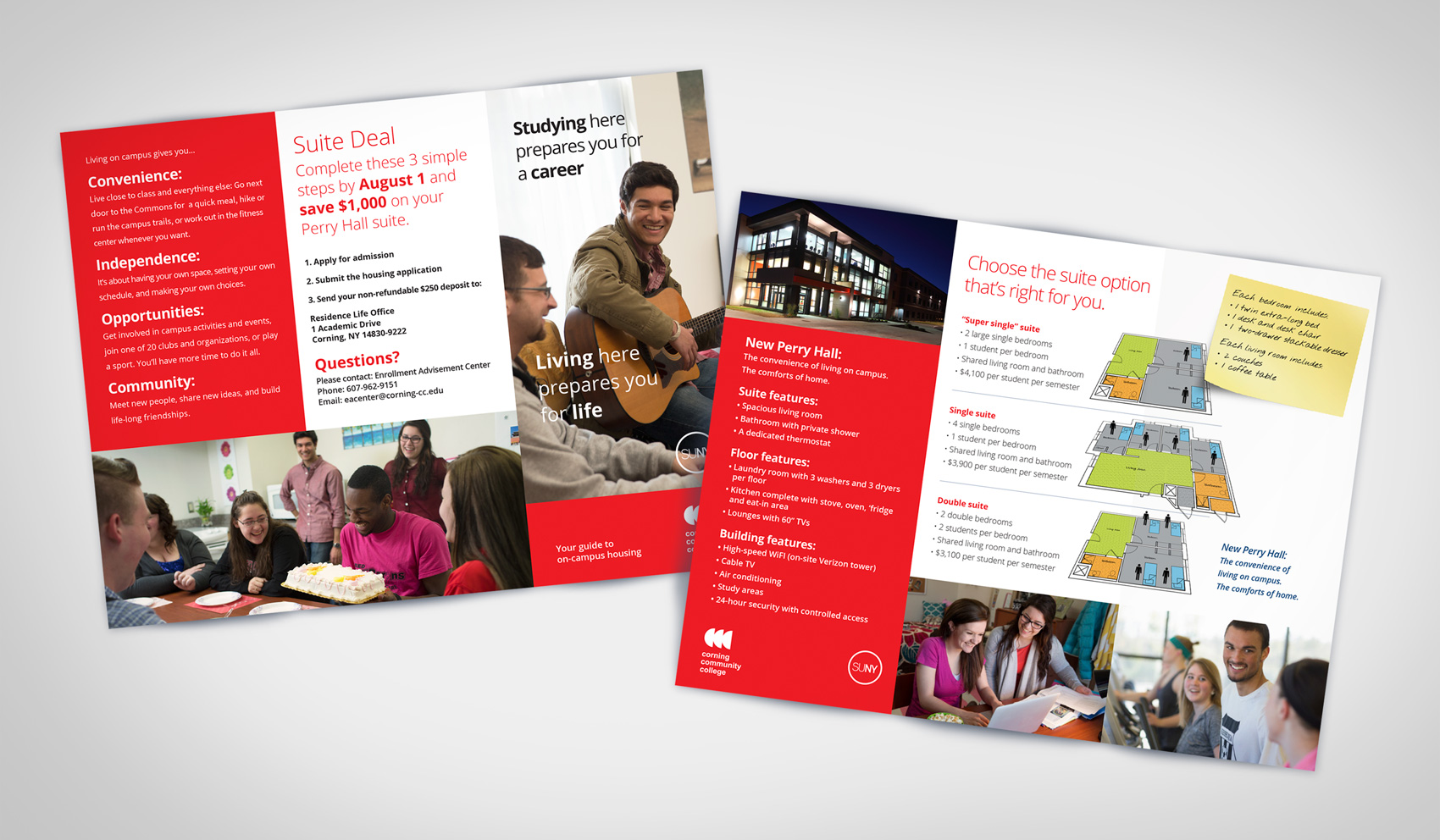 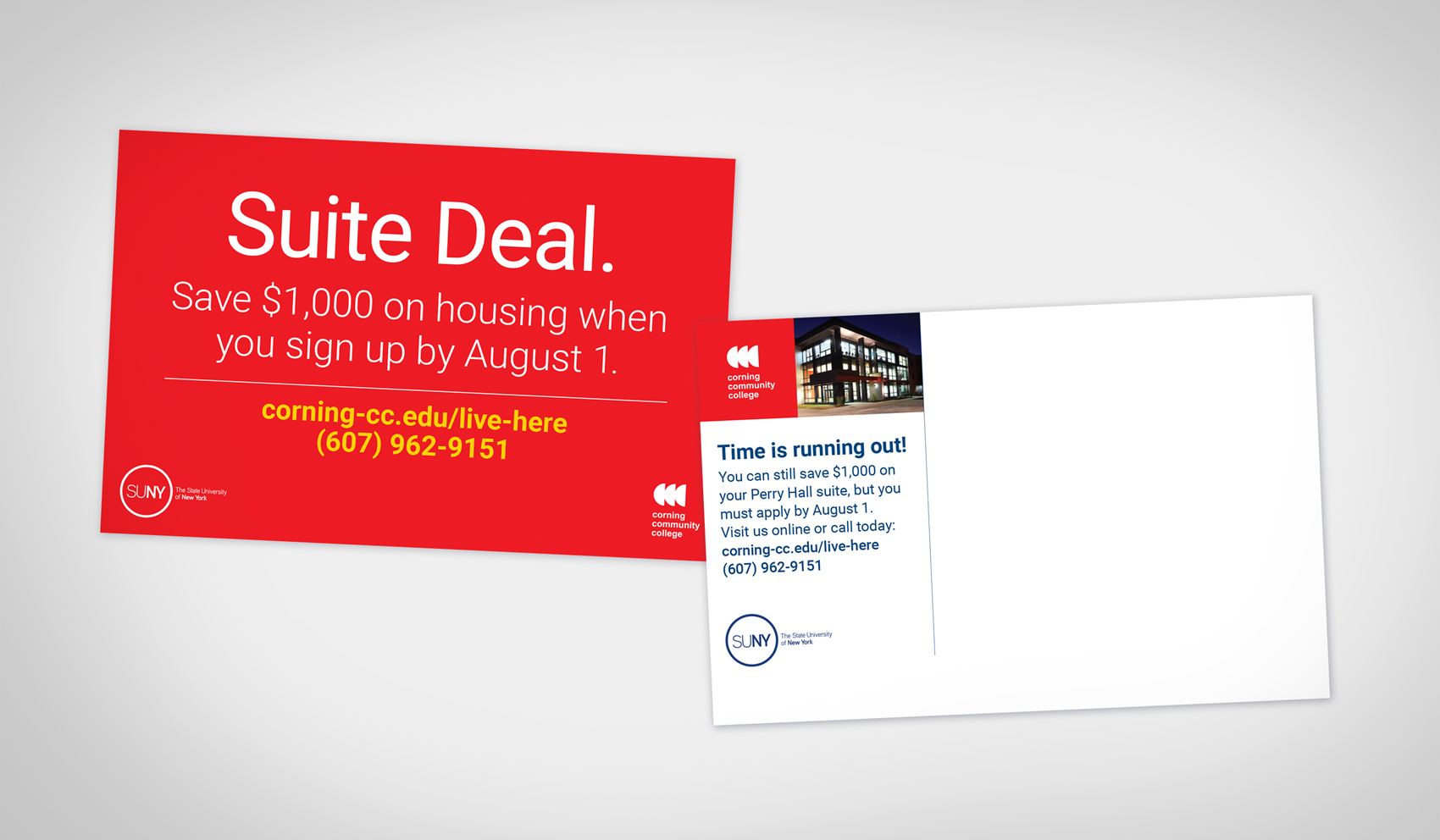